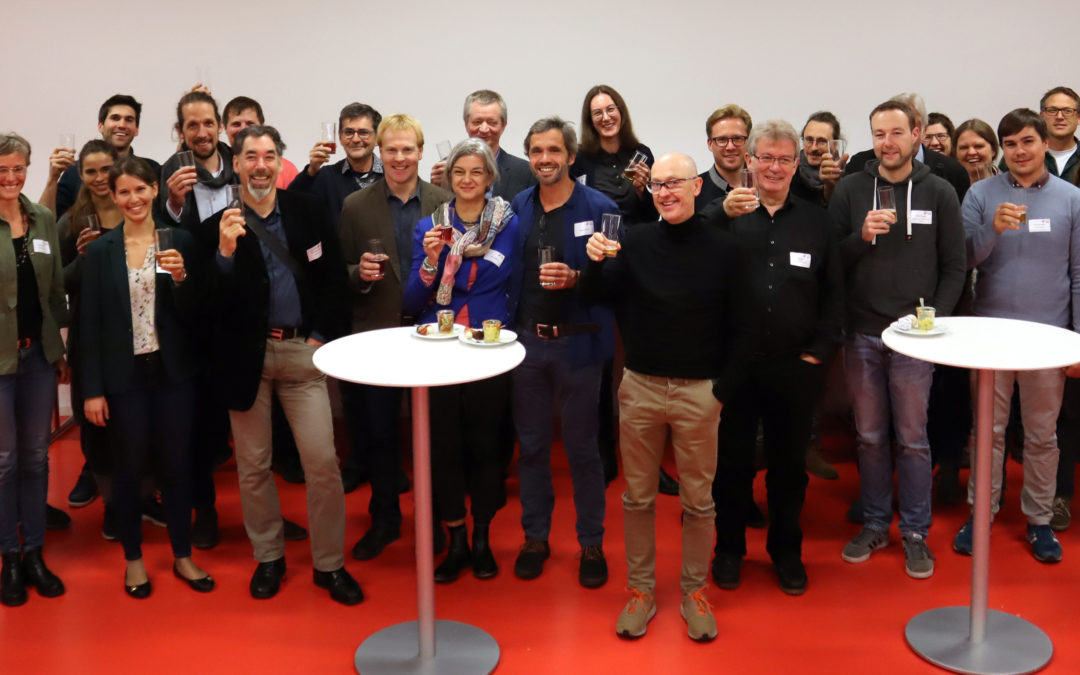 How can agriculture adapt sustainably? This was the core topic of the conference organised by the Lake Constance Foundation on the 18th and 19th of November 2019 in Stuttgart, as part of the EU project LIFE AgriAdapt. More than 70 experts from several German states, Switzerland and France discussed short and long-term agricultural adaptation measures to climate change. The Minister for Rural Areas and Consumer Protection of Baden-Württemberg, Peter Hauk MdL, opened the conference and underlined the importance of sustainable adaptation. Greater sustainability in farming and improved soil fertility were also main topics of the two-day event. A healthy soil is the basis for a well-adapted farm. The focus was on low-impact soil cultivation, versatile crop rotations and the build-up of organic matter. Measures such as irrigation and selection of varieties/species were also discussed. In the area of animal husbandry, the topics were grassland management, life time production and heat stress in pigsties under the influence of climate change. In all topics the scientific speakers were complemented by interesting reports from (pilot farm) practitioners. The presentations were rounded off with an overview of the necessity for a sustainable agriculture, by a representative from FIBL Switzerland. At the end of the first day, a number of the participants toasted to the 25th anniversary of the Lake Constance Foundation with a glass of fruit Prosecco from Lake Constance.