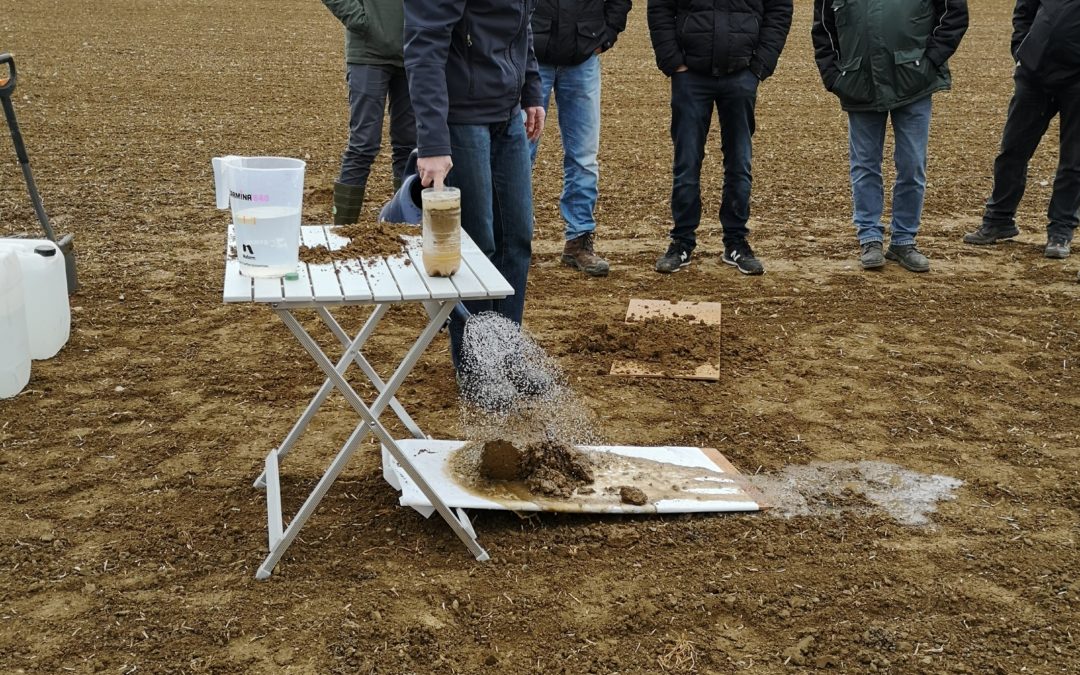 Improving soil structure is one of the most important adaptation measures to maintain yields at a stable level even in times of climate change. This was the topic of the workshop within the EU LIFE project LIFE AgriAdapt, which took place on the farm of the participating pilot farm Alexander Kern in Bretten. Carolina Wackerhagen from the Lake Constance Foundation presented the current project, the development of climate change and the resulting sustainable adaptation measures to the numerous participants. In addition, Rolf Kern from the Agricultural Office of Karlsruhe gave a lecture on the adaptation measures around the development of the soil structure. The aim must be to improve the soil structure with the help of reduced soil tillage and optimised catch crop cultivation with soil cover, preferably all-year-round.  The implimentation of these measures can lead to an increased water infiltration and water retention capacity in the soil and thus the crops will be able to counter the increasing summer dryness and heat stress. The plant manager himself gave an impressive account of his own experiences with climate change and the consequences he had drawn from it.

It then became clear in the field, where the infiltration capacity of the soils was tested at different locations with different previous kind of cultivation. The best results were achieved on the field with a versatile intercrop mixture and previous composting.