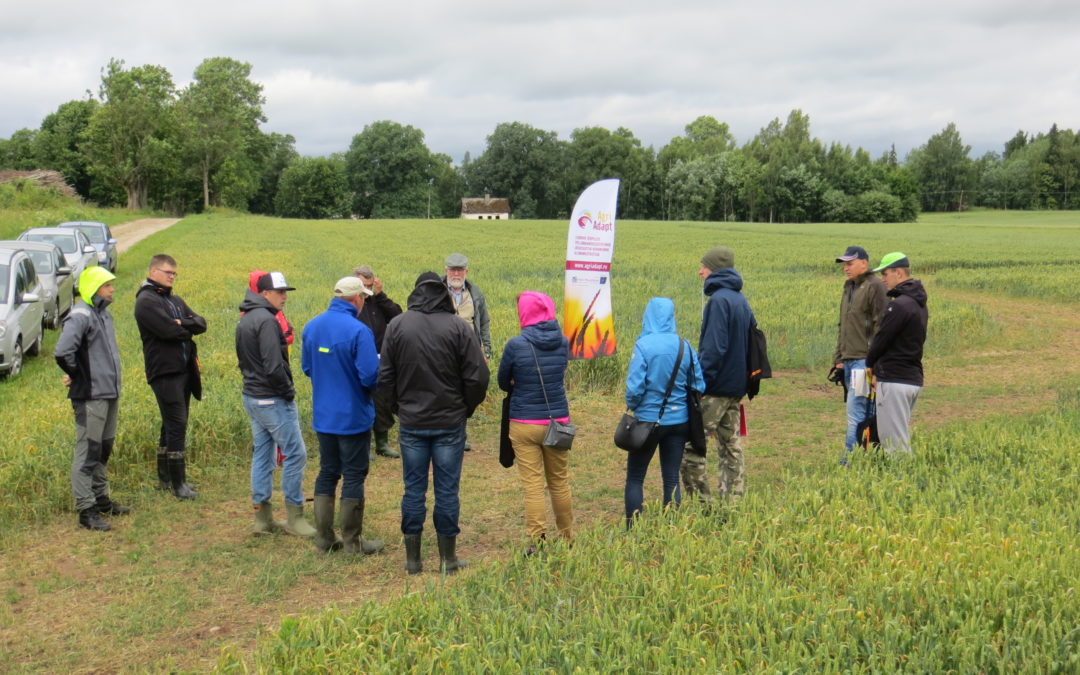 In Estonia several demonstrative workshops were organised during the summer. First workshop was held at the end of June in one of the LIFE AgriAdapt pilot farms where many different crops and varieties were presented. Participants had a very good opportunity to see the problems related to the drought in spring and discuss the measures to avoid the problems in the future.

Due extreme drought and very long heat periods during the spring and summer, many organic dairy farmers especially in west part of Estonia had to stop grazing the animals. During the workshops organised for livestock producers, several technical and political issues were highlighted to support farmers and overcome the crisis. The biggest concern at the moment is to make sure that all animals have enough forage for the coming winter. All livestock farmers are waiting for more rain and hoping that the 3rd cut of grass will increase the feed storage for winter period.