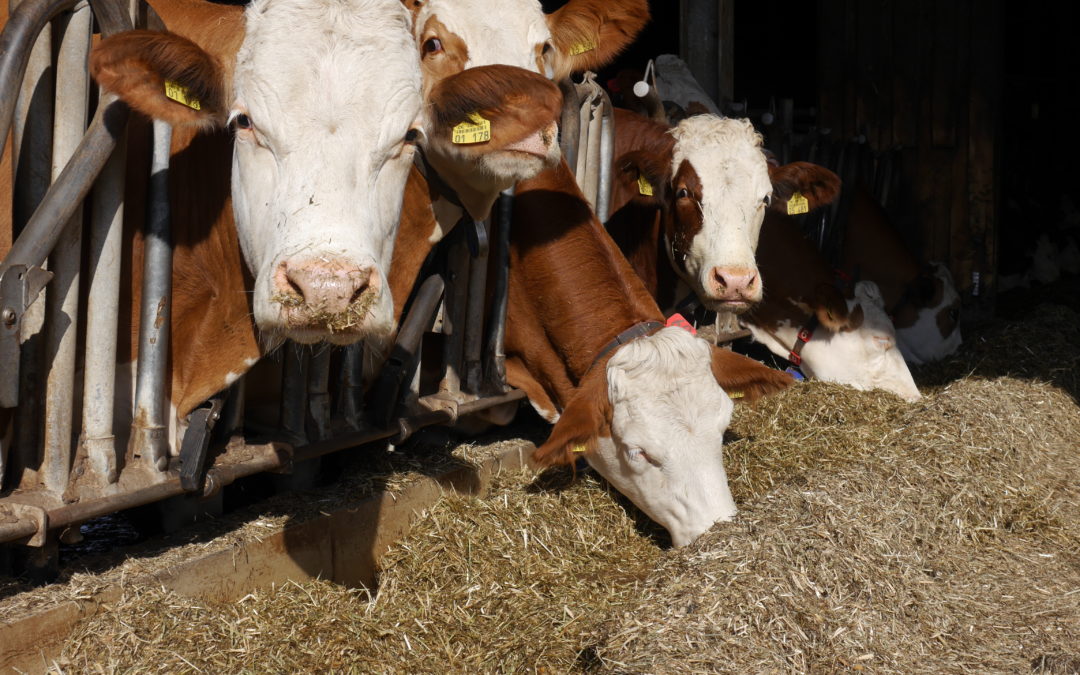 At the end of July, the Lake Constance Foundation accompanied the private broadcaster Regio TV Bodensee to present the Lake Constance Foundation’s projects on climate protection and adaptation in agriculture. Two pilot farms and the office of the Lake Constance Foundation in Radolfzell were visited. One of the farms was the Lampach farm of the Ziegler family, which is currently participating in the EU LIFE project LIFE AgriAdapt. The Ziegler couple confirmed the observed changes in the seasons and the associated challenges, among other things in dairy farming – the animals are suffering increasingly from heat stress due to the hot summers. This led them to participate in the AgraAdapt project, which focuses on the sustainable adaptation of agriculture to climate change.

The Buhl family from Hofgut Homboll also confirmed the climatic changes that have become increasingly noticeable in recent years. The farm’s own spring has dried up for the second time since last year due to the hot and dry summers and the associated sinking groundwater level. The Buhl family participated from 2010 – 2013 in the EU LIFE project AgriClimateChange, which aimed at reducing energy consumption and GHG emissions on farms. Recommended measures are now being implemented step by step.

Marion Hammerl, Managing Director of the Lake Constance Foundation, which is celebrating its 25th anniversary this year, emphasises the practical relevance of the projects, which deal with the analysis of individual farms and the adaptation measures based on this analysis. Climate change and its effects have long been ignored. It is her wish that the Lake Constance Foundation will one day become superfluous!