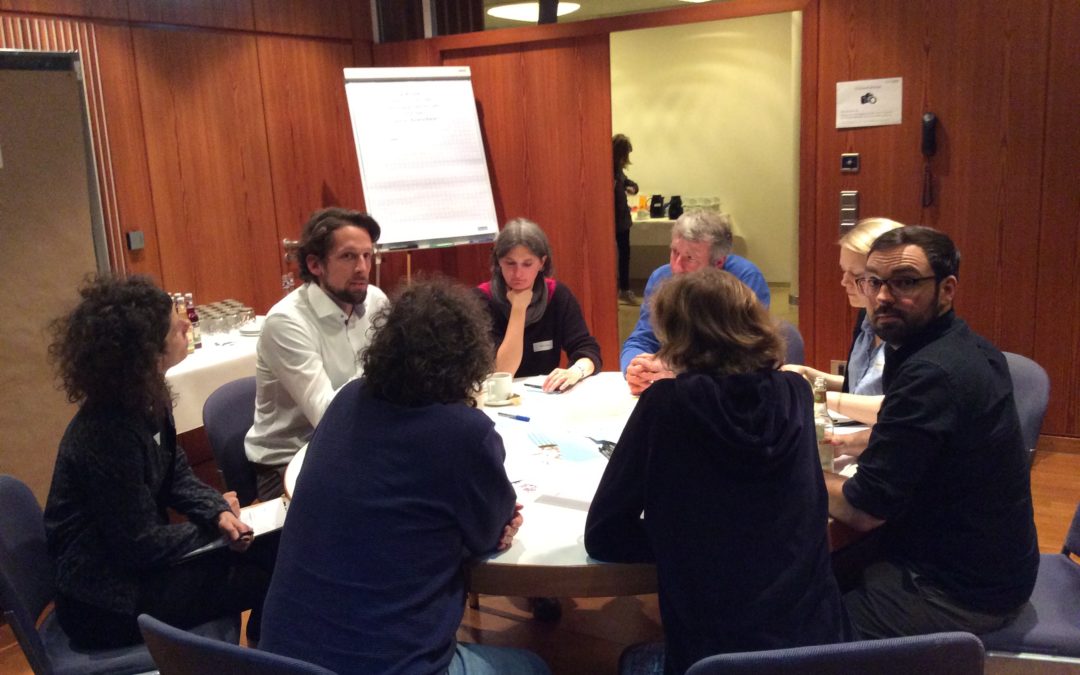 Events in agricultural technical schools and the city of Friedrichshafen:

One objective of the EU LIFE project LIFE AgriAdapt is to disseminate the findings of the project on sustainable adaptation of agriculture to climate change to relevant stakeholder groups. These groups will be sensitised to the changes caused by climate change and the specific impacts in the respective regions. Sustainable adaptation measures will be presented to reduce the vulnerability of individual farms to climate change. In this context, members of the LIFE AgriAdapt team visited the agricultural technical schools in Nürtingen (19.02.) and Aalen (21.02.) as well as an expert meeting of the City of Friedrichshafen (21.02.) at the invitation of the Lord Mayor Andreas Brand.

In Nürtingen about 20 full- and part-time farmers followed the explanations on climate change, its consequences especially in the district of Esslingen and possible adaptation measures, which should help to reduce the vulnerability of farms to climate change.

This topic was also presented to 12 pupils in Aalen. The pupils, who are all full-time farmers, are about to graduate from the 2-year technical school and then take the master examination. Finally, in small groups they had the possibility to develop and discuss their own sustainable adaptation measures for an example farm.

The students agreed that climate change has also reached their farms. However, the willingness to introduce new adaptation measures on the farms still varies, as the southwest is still one of the more favourable climate regions.

In Friedrichshafen, the results of the project flowed into the discussion of the expert group on agriculture and forestry, which met in the Graf-Zeppelin-Haus on 21 February as part of the city of Friedrichshafen’s climate adaptation strategy. Further discussion rounds were devoted to the topics of people and health, living and working, construction, infrastructure and risk prevention as well as green spaces in the city, nature and water protection. The results of the discussion will flow into an overall concept for adapting the city to climate change, which is to be developed in Friedrichshafen by October 2019.