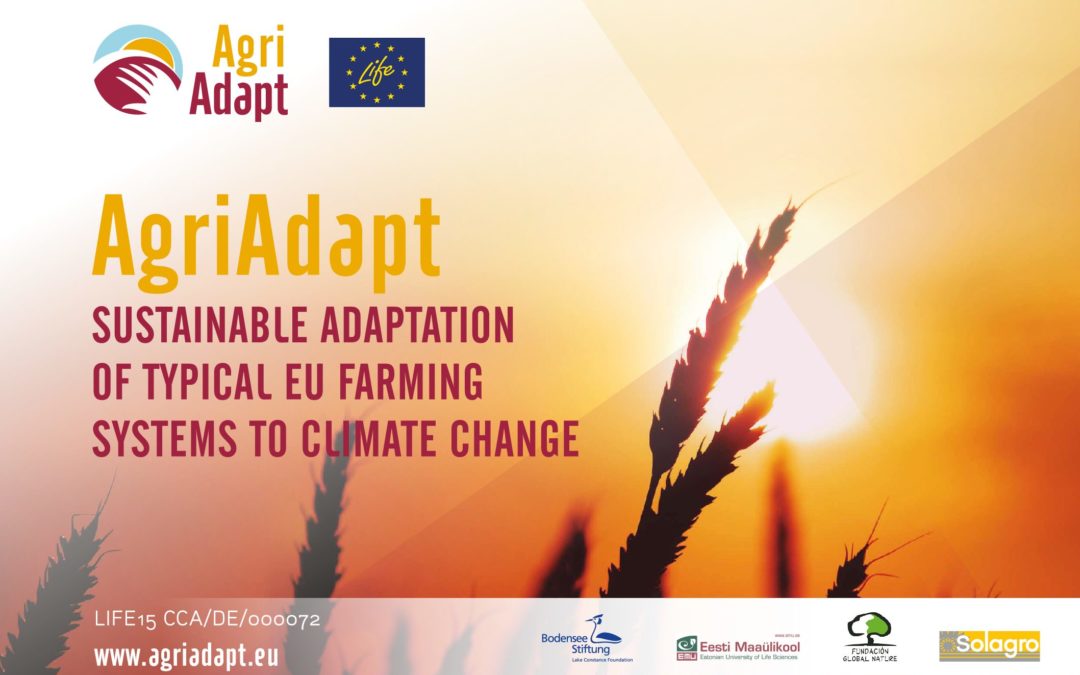 On the 15th of October 2018, the LIFE AgriAdapt project partners organized a technical meeting in Brussels in which they presented the first project results on European level.

In this meeting, recommendations to reduce the farm climate vulnerability of the 4 main EU climate risk regions were presented. Other issues like the support for adaptation to climate change in the current and future CAP and, how and under which conditions could adaptation measures be integrated into agricultural political decisions and policies, were also addressed.

In order to have access to the presentations of the event (only available in English), click here.